The content below is no longer current and may not be applicable or relevant. 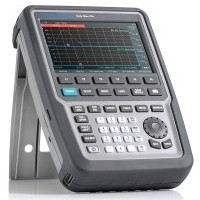 The new R&S Cable Rider ZPH model now provides transmission measurements (S21) and offers spectrum analyzer and tracking generator functionality. With high sensitivity with a displayed average noise level (DANL) typically better than –146 dBm up to 3 GHz, the R&S Cable Rider ZPH is a powerful spectrum analyzer for RF diagnostics in the field. The optional R&S ZPH-B22 preamplifier improves sensitivity even further, to a DANL of typically –163 dBm. This is especially useful during interference analysis as it enables the detection of weak signals.

Like previous models, the R&S Cable Rider ZPH offers a measurement speed of 0.3 ms per point and the fastest boot and warm-up time on the market. Moreover, there is no need to calibrate the analyzer before use, saving time on site.

Being hand-held and battery powered, the R&S Cable Rider ZPH is ideal for use in the field. It weighs just 2.5 kilograms, and can handle a full 9 hour's work without interruption. The analyzer also has a large colour touchscreen for intuitive operation with smartphone-like gestures, plus extra-large keys that allow easy handling even when the user wears heavy-duty work gloves.

The R&S Cable Rider ZPH base unit covers a frequency range of up to 3 GHz. Extending the frequency range to 4 GHz is straightforward with the R&S ZPH-B4 option, which is enabled via a keycode.

For more information, including brochure, specifications and videos, please see the product page linked to below 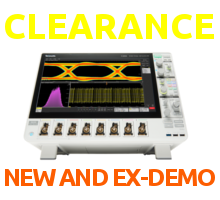